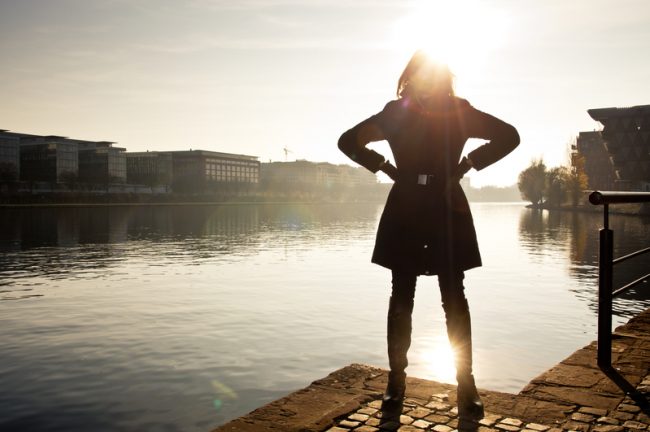 In June, Volvic released the results of some research they conducted as part of their 'Unstoppable' campaign, which found that by the early age of 25, Brits have lost the confidence they felt they had in their early 20s. Those researched didn't feel this confidence came back again until the age of 55 - that's a long time to wait!

Volvic created the 'Unstoppable' campaign with the aim of inspiring people to push themselves out of their comfort zones and reach their personal best. The research they conducted aimed to highlight the reasons behind the nation's attitude towards challenging themselves and find out when they felt most confident to step outside of their comfort zones.

The research found that at the age of 22, Brits are at their most confident. The reasons for this were found to be:

- More likely to try new and exciting challenges (46 per cent)

- Talking without embarrassment to the opposite sex (63 per cent)

Confidence then lost at 25

The results of the survey then found that by the youthful age of just 25, nearly a third (29 per cent) of Brits said they no longer felt 'unstoppable' due to being weighed down by adult responsibilities or because they don't have enough time to follow their passions.

The research also revealed many 25 year olds were worried that they would fail at a new task or hobby (35 per cent), fretted they wouldn’t be at their peak performance in a sporting activity (23 per cent), and 52 per cent were worried about what other people thought.

The research revealed that 55 is the second most 'unstoppable' age, with 65 per cent of 55 year olds reporting that they had 'finally reached an age where they no longer cared what people think'. Nearly half (49 per cent) said they would now 'throw themselves into new and exciting challenges'.

What can we learn from this research?

What can we take away from this research? It would seem that what would helps us remain confident throughout our lives would be to continue to take on new and exciting challenges and to let go of worries about what others think of us. We also need to make time to follow our passions and make an effort to meet new people and make new friends. Maybe then we can carry our confidence right through from the age of 22 to 55!

You can find out more about this research and the media interviews I did on the subject here.

I now behave and work differently, which has had a noticeable impact with my colleagues and on my motivation at work. Alice has really strong coaching skills that allow you to talk openly and with no judgement.