Career-Changer Series: From Infrastructure IT to Founding a Startup 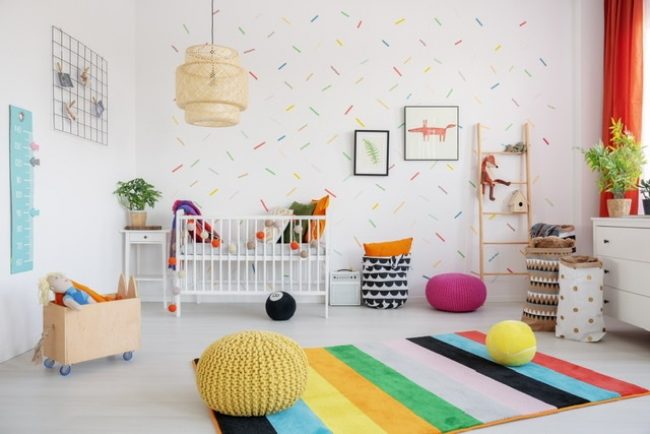 As part of my ongoing Career-Changer series, I spoke to recent career-shifter (and friend) Alex Burgess about his courageous journey from infrastructure IT to starting his very own company, inspired by his experiences as a new parent.

1. What work were you doing before?

I spent 13 years working in Infrastructure IT for various Financial Services companies.

In my role at my previous company, I spent a lot of time working on a couple of niches of technology, which is often the way in a large corporation. Having worked in the same area for so long, I felt that I wasn't getting the variety of technical challenges that I was craving. I wanted to grow my knowledge and experience in broader areas of the technology "stack" but struggled to find the right projects and opportunities to do that internally. Around this time, Cloud Computing was becoming a lot more popular, and I found it refreshing and exciting to work with and realised that's what I wanted to do next.

I decided that getting some certifications would be an excellent way to demonstrate my knowledge and experience in the area I wanted to move into. So, I used a combination of my commute, some evenings, and the odd day of annual leave to study, and, over a few months, took and passed three exams. After achieving those, I felt I was ready, and my experience was suitable for roles that I had seen advertised.

I left intending to find some contract work to build more experience. However, I read a book called The $100 Startup, which inspired me to think about alternatives. Reading the book helped me to think about how I could combine my skills and experience with something that I'm far more passionate about. Keeping a logbook of ideas for a few weeks really helped me when I came to later decide on a course of action.

5. What new carer path have you chosen, and why?

After a lot of thought, and a couple of interviews to suss out my options, I chose to start my own business, which would make use of my tech skills. It's called Ewelists, which has the mission of making parenting simpler. We want to help new and expecting parents get the gifts they need, with a simple to use gift list tool for occasions, such as baby showers, nursery lists, and birthdays.

The idea came to my wife and I after our son's first Christmas, when he received five woolly hats, which meant that we had to spend all this time going around various shops to exchange them. After talking to other friends and family about their experiences, and listening to similar stories, I decided to start the business.

6. How are you going about, or how did you go about changing careers?

Before starting, my wife and I set aside a pot of savings, which would give us a sensible monthly budget for around a year. We were quite detailed with this plan and tried to think of everything, including an allowance for holidays, as we feel periods to refresh and recharge are essential to produce your best work. We also didn't want to feel under pressure on day 1, so this helped provide a degree of control.

In addition to this, I had a few sessions with a coach, who mentors individuals starting businesses. This enabled me to be sure that starting a business was what I wanted to do, as well as setting some expectations for what was to come. In the later sessions, I was also able to run through my plan for the business and get some honest feedback and suggestions for issues and improvements that had not occurred to me.

7. What's been the hardest, most difficult, or unexpected thing you've encountered about changing career?

The nature of doing something that you've not done before is that there's a lot of uncertainty, which is something that I've had to learn to manage. I found The Lean Startup book helpful in this regard, and have been to various meetups, which have been great too.

Another problem is that after a couple of weeks, the to-do list becomes so big, it has the potential to become overwhelming and ultimately lose focus. My approach to work is subject to constant refinement. I organise tasks using Trello, breaking things down into smaller chunks, which will typically take a couple of hours.

I've also recently read a little about the concept of "Deep Work", which has caused me to change how I structure my day. I now do most of my work in 4 defined periods of distraction-free focus, which seems to be having a positive impact so far.

8. What's been the best part about changing career?

It's been refreshing to have total freedom to choose what to work on. I've also enjoyed the variety of work that goes with starting a business, from the detailed technical side, right through to the branding and subsequent marketing. And, of course, it's great to be home more and be able to spend more time with the little one during the week.

9. What advice would you give to others considering a career change?

I found it beneficial to spend time building experience and knowledge in the direction that I intended to go in. If there's the chance to get a certification or complete a project, it will both demonstrate your ability, as well as give you the confidence to take the next step.

10. What additional support, help, or resources would you recommend?

The two books I mentioned earlier, The $100 Startup and The Lean Startup are both great if you're thinking of starting something yourself. I would also recommend looking for meetups in your chosen field where you can discuss ideas and meet people on the same journey. It's a great way to get inspiration, and you never know what you might learn!

If you’re considering a career change of your own, and Alex’s story has inspired you to finally take action, get in touch to discuss how working with Alice could help you figure out what you want to do instead, and how you can make it a reality.

I really enjoyed my sessions with Alice. They have helped me look objectively at the areas of my life I am happy with and those areas which need a bit more attention. She has put together some thoughtful suggestions on how to improve my life, which have been invaluable.