Career-Changer Series: From Data Science to Starting a Rum Business 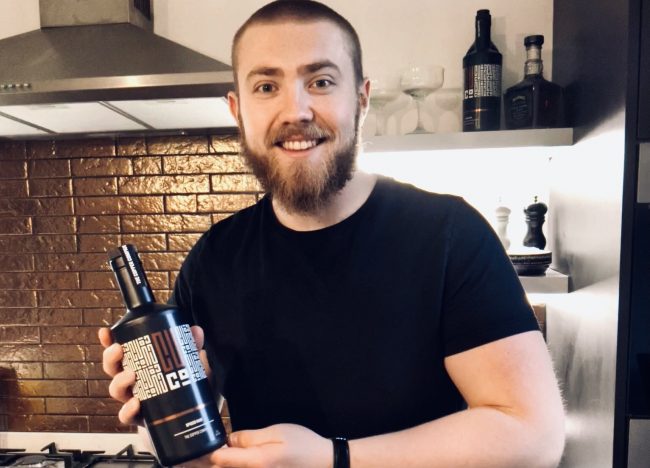 As part of my ongoing Career-Changer series, I spoke to recent career-shifter Duncan Macnaughtan about his courageous journey from delivering data science projects to starting his very own alcoholic drinks company. Inspired by an emerging trend in the popularity of rum, he’s gone from dreading Monday mornings to enjoying the creative freedom his new career now offers him.

I had been a consultant for a global IT Services company for three years, spending four days a week at a client site delivering data science projects. I'd spend much of my day in front of a screen coding and exploring data, or in meetings being given questions to answer or tasks to complete.

I'd gotten to a point where Sunday evenings were full of dread for the following morning, and where I had no desire to get out of bed in the morning. The reality I was living in was that this was going to be my career for the next 40 years unless I did something about it soon. I didn't have a clue what I wanted to do with my life or career, but I was ready to find out.

I took a paid sabbatical for four months and never did I miss commuting for a day in an office staring at a screen. When I returned to work, I had expected to feel refreshed and ready to kick on, but instead, it was like I had never left. I knew that something was wrong with this arrangement and decided to start looking for help.

My partner had recently begun working with a coach to help her to develop in her own career and was reaping the rewards. I decided to go window shopping for one for myself and found that career change experts existed...perhaps they could guide me out of the rut! That's where Alice came in, helping me to work out where to go and what to do.

I've started my own business selling my own brand of rum. I needed something dramatically different, which could offer me some creative freedom and a lot more autonomy. It felt like starting my own business was the best idea! I chose rum because I find the alcohol industry incredibly fascinating and had seen that rum was the next trend. I launched my first product, CUCO Spiced Rum, just five months after quitting my job. Seeing my own bottle of rum in customers' hands is an incredible feeling!

6. How are you going about or how did you go about changing careers?

I was very fortunate to have some savings together. I decided that the best motivation to find a new way of making money was to not have the safety net of the current way I was making money. I quit my job before deciding what to do and focused my efforts on working it out. I had my sessions with Alice, and was reading around online to see what new ideas I came across, until one day the idea came to me and I lit up with excitement about it.

The worry around what others would think of me was excruciating, and was, without a doubt, the hardest part. Working in an environment where this sort of step was unheard of, I worried that they would poke fun at me. In retrospect, I recognise pragmatism might have helped me to spot that it wouldn't matter what they thought. I also worried what my family might think; having supported me down a path to a corporate job, would they struggle to understand why I had taken this path? In the end, they couldn't have been more supportive.

Freedom to do what I wanted to try without having an obligation to spend 40+ hours working on something else. I never had the energy or motivation to start a side hustle. Making it my main priority drove me to work at it properly and I reaped the rewards of that.

If the idea of something better isn't enough to motivate you, consider the fear of staying on your current path much longer. Change is scary, but it's the lesser of two evils.

My situation was only possible as I had savings to seed the business and live off for the first 6 months, and the support of my partner throughout. If I didn't have those, I would have had to start the business as a hobby on the side, which I don't think would have gone so quickly or smoothly. Beyond these, starting my own business meant watching a lot of YouTube videos, which were great for free motivation, tips and tricks.

If you’re considering a career change of your own, and Duncan’s story has inspired you to finally take action, get in touch to discuss how working with Alice could help you figure out what you want to do instead, and how you can make it a reality.

This was my first time trying something like Life Coaching; I did not ever feel the need or think I ever would. However, after a very tiring period at work I realised I was not myself, not enjoying work and finding my own life difficult for various reasons plus, I felt I had no confidence anymore. I found the coaching gave me time to look at myself, the situation, what I needed to change, remember how to break things down into more manageable pieces, plan my own time correctly to ensure I give quality time to what is most important. I quickly found my confidence came back as I developed through the coaching process and found Alice to offer both a very professional and personalised service which I would certainly use again.