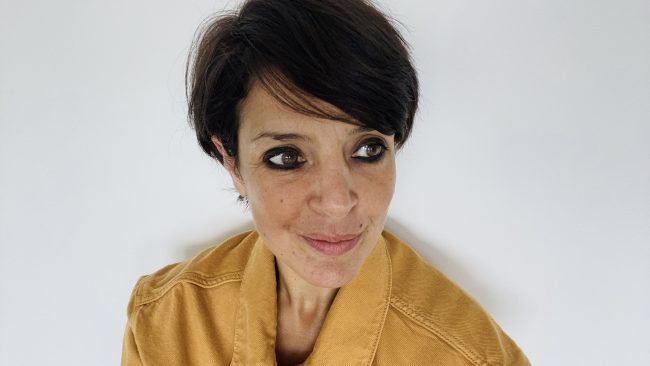 This week, as part of my ongoing Career-Changer series, I spoke to career-shifter Gali Siegal about her switch from a successful career in Fashion to mentoring those starting their own business. Forced to re-consider her career following a serious accident, Gali sought a career with more flexibility, less travel, and the opportunity to give back. In this interview, we learn how Gali went about doing just that.

I had been working in Fashion for over 11 years as a Senior Account Manager, heading up big international brand accounts - Nike, Puma, M&S to name but a few! There was a lot of travel worldwide, and our Head Office was based in Shanghai.

I was involved in a serious car accident, which made my life take a whole new turning. My injuries were pretty serious. I had to learn to walk again; my recovery would be a long road. I had to re-think my career, as I couldn't go back into a stressful and pressurised environment, and I couldn't travel. The accident also made me reassess my values and what I wanted to be doing with my life. I wanted to give back a little.

I had discussions with recruiters in Fashion about returning after a long break. I was told that it wouldn't be possible, as I'd lost my connections, and that I'd have to start at the bottom of the ladder. That forced my hand and I started looking for other sectors to work in.

As my background in Fashion had been Account management and Brand Management, my initial decision was to stay in some form of senior leadership role and bring in my transferable skills to these kinds of positions.

However, despite having years and years of experience managing people, as well as working in the big business world, I now wanted to use this expertise to help others. My permanent 'normal' job, as I called it, wasn't giving me enough anymore.

So, I set up a side hustle as a Business Mentor and Business Consultant. I have mentored and coached my teams throughout my management career so it was a natural path for me to take. I was becoming very disillusioned with the corporate world, and itching for a change, so having this outlet through my side hustle really helped (I had this mix for almost 6 years).

I chose the health sector initially because I wanted to give something back. I also felt that it would be a less pressurised environment and more rewarding.

I then chose business mentoring and consultancy because I wanted specifically to work with other women and help smaller businesses grow. I have mentored and coached my teams throughout my management career so it was a natural path for me to take. I also wanted to be working with more creative and smaller companies that were more aligned with my beliefs and values.

I chose to be self-employed because I didn't want to have a boss anymore. I had experienced bad leadership for several years, and I didn't want to manage people anymore. I had experienced loads of organisational change and restructuring, as well as staffing issues, and I was feeling burnt out. I wanted to manage myself, be able to manage my choices (who I work with, when I work, how I work) and to have total and utter autonomy and flexibility.

Ultimately, I wanted to spend more time helping other women make their businesses a success by imparting my 25 years of expertise over to them.

6. How are you going about or how did you go about changing careers?

To begin with, I spoke to recruiters about my skill base and where they could be transferable. I firstly got a contract role in the NHS, which was as a Business Manager and Project Lead - overseeing several projects and managing a large team. It being a contract helped ease me in, which meant I could then decide if it was the right sector for me without committing to a permanent role, as well as having a bit more flexibility at the same time.

The second role I landed was permanent with Cancer Research, heading up a large team again and leading on an early diagnosis programme of work across London. It involved leading a huge complex program of work, engaging with stakeholders, etc, so I was once again using the transferable skills that I brought from my previous career in Fashion.

Whilst in this role, I set up a side hustle as a Business Mentor and Business Consultant, which I maintained for the following six years. When the pandemic hit, I made the big decision to run my business full time instead of it being my side hustle.

In the beginning, the hardest thing was having to prove my skillset was transferable, particularly when working within the charity sector. I had a Fashion background, whereas the majority of my colleagues had some sort of health/science background. It was hard for them to understand how I could fit in, and the value that I could bring. Obviously a person’s skill set can be transferred to any sector (in my case, it was leadership/management/project management/negotiation/selling) but it took me years to get that across to some of my colleagues, which was tough. The other challenge was the drop to a lower salary.

In terms of running my own business, I'm not going to say it's easy, but it does give me control of my life. It's an incredible thing to be able to say "this is mine" and these are the results from my hard work! I always say to my clients and those I mentor, "What's the worst that can happen?" You can always, always fall back on getting a job, but, if you don't try, you'll kick yourself for the rest of your life!

The sense of achievement I feel for being super successful within my new field, and knowing that, despite the adversity of my accident, I have been able to adapt and become an expert again in something different.

Make sure you fully research the new sector you're interested in. Make sure you are able to take on a possible pay cut, and that you’re willing to potentially start at the bottom of the pecking order. Ensure you have a solid support group around you; you’re going to need them because it's not going to be easy.

I would suggest working with a mentor/coach. I had one to help me through this journey and it helped me massively. See the transition as an opportunity to develop yourself, take the time to learn new skills, and learn as much as possible in your own time so that you understand your new field. Find people doing what you want to do and pick their brains as much as you can.

If you’re considering a career change of your own, and Gali's story has inspired you to finally take action, get in touch to discuss how working with Alice could help you figure out what you want to do with your career, and how you can make it a reality.

Working with Alice has been the best thing I have done for my career. She’s helped me discover what’s important to me and what my values are. I felt lost, I didn’t know what I wanted or even what I liked doing when we started working together. Now, I know what I want and why. Alice has helped me put my ideas into action and given me tools to create a structure and strategy for my career and future.